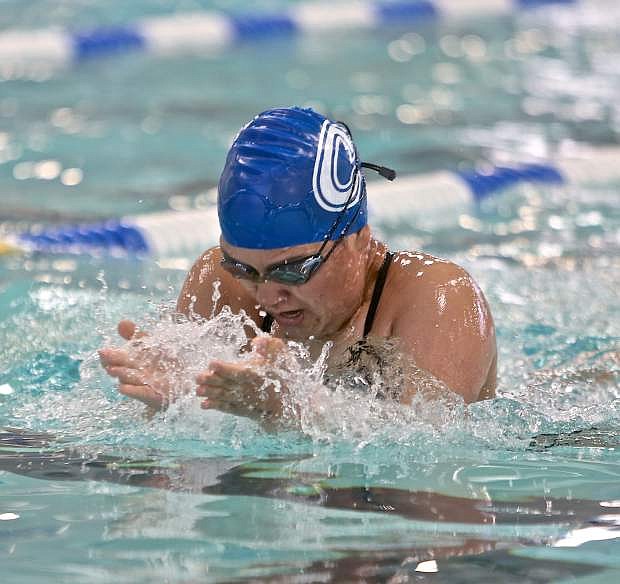 Senator Juliet Kahue swims in a heat of the 200 individual medley Friday during the NIAA Northern Regionals at the Carson Aquatics Center.