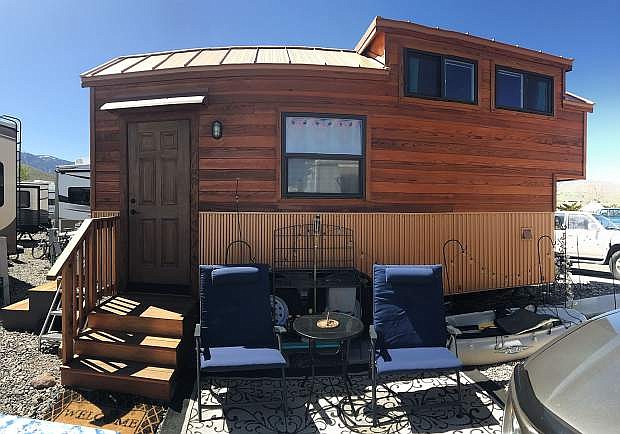 Killeen&#039;s tiny house is made like any other house, with real materials such as hardwood, corrugated metal, and cork flooring. It just happens to roll.