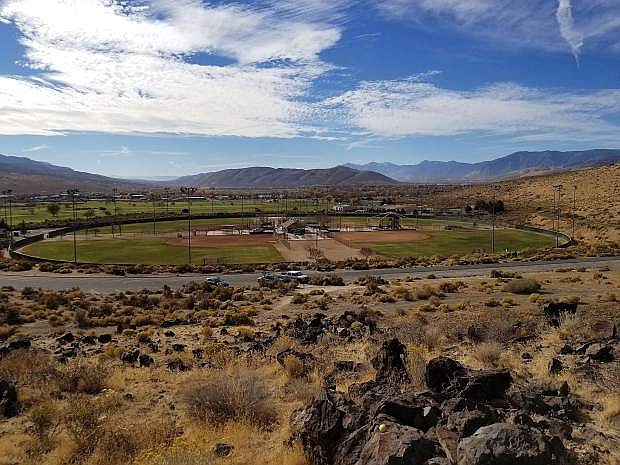 A view of Centennial Park and Carson City from halfway up the Wild Horse Trail.