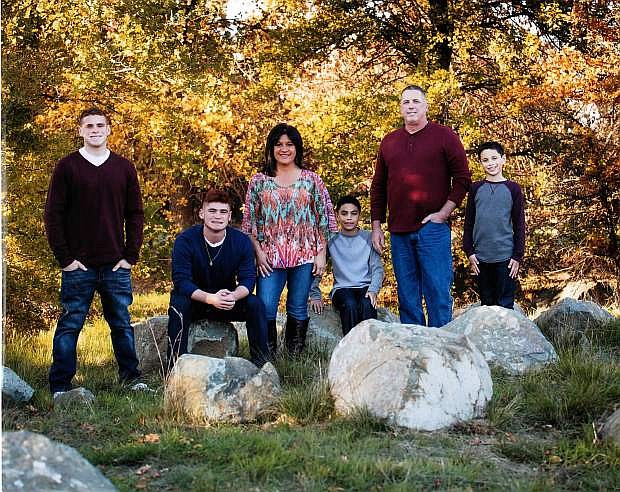 Linda McMahon, center, and her husband Jim, second from right, took a leap of faith and moved their family from Folsom, California, to Reno to enroll their son Sam, far right, at Newton Learning Center.