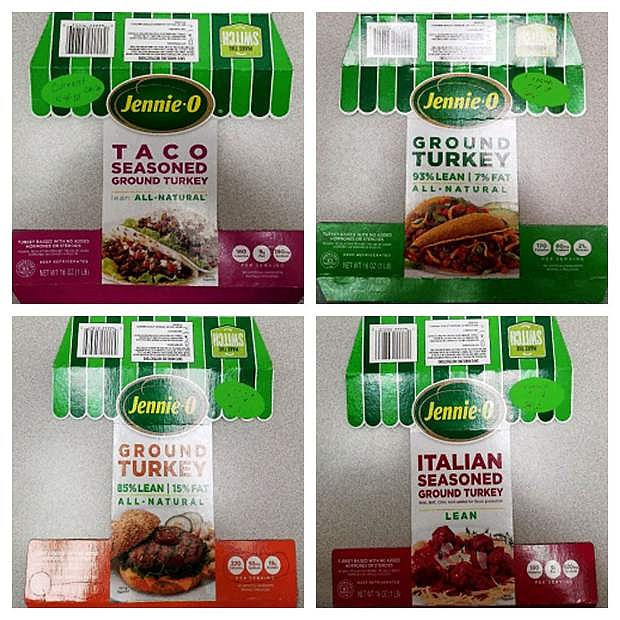 This combination of images provided by Hormel on Friday shows packaging for four types of Jennie-O ground raw turkey with a P190 designation which have been recalled due to concerns over salmonella. Salmonella in food is estimated to be responsible for 1 million illnesses a year, with symptoms including vomiting, diarrhea and stomach cramps.