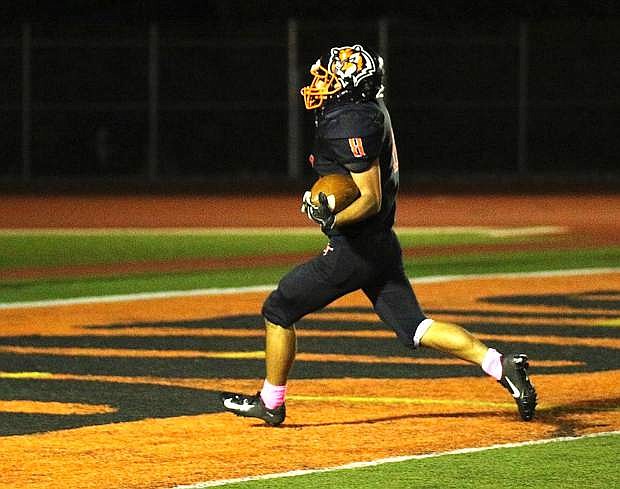 Trevor Kruger finds the end zone for the Tigers on Friday night against Galena.