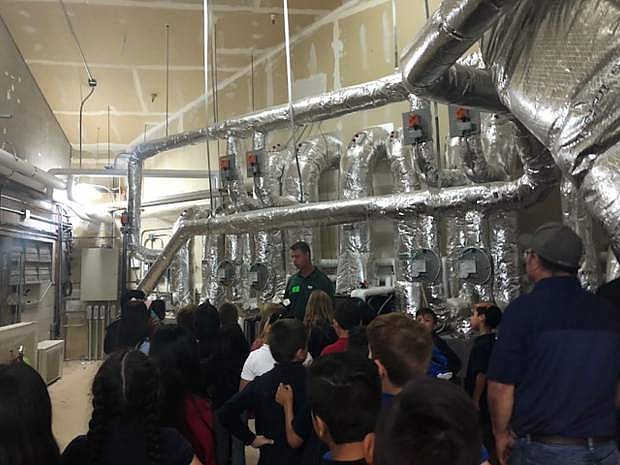 Students at Mark Twain Elementary School tour the bowels of the HVAC (heating, ventilation, and air conditioning) system at their school as they learn about energy efficiency and how they can maximize conservation efforts.