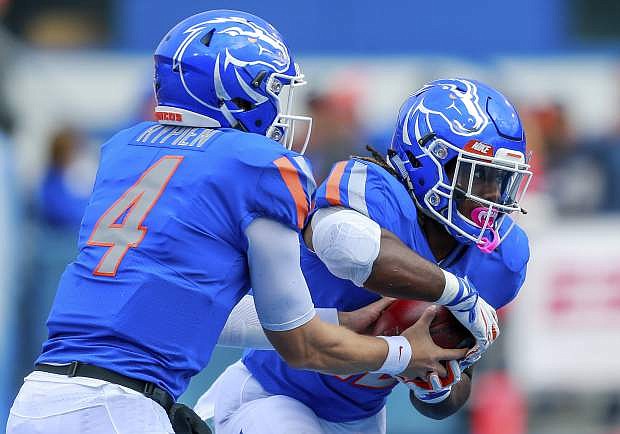 Boise State running back Alexander Mattison receives a hand off from quarterback Brett Rypien on Saturday against San Diego State.