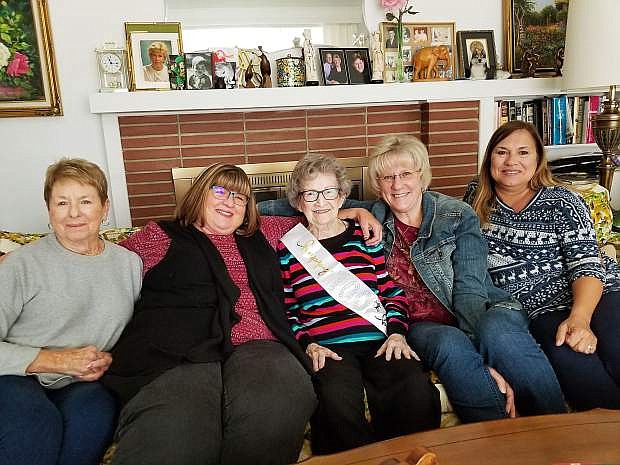 Martha Berger, in the center wearing a sash made for her upcoming birthday party, enjoys a visit with relatives. From left to right, Nina Barry, niece; and Jan Leonard, Dawn Berger, and Lisa Yenter, all grand nieces.