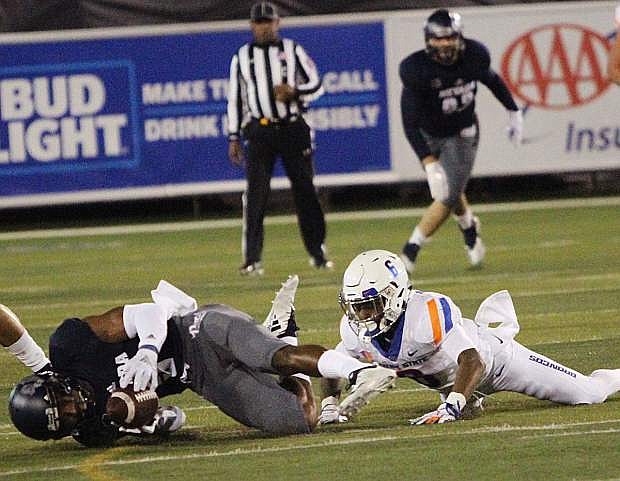 Nevada safety Dameon Barber, left, intercepts a pass in the first quarter against Boise State. Nevada is ranked No. 5 in the Nevada Appeal Mountain West rankings.