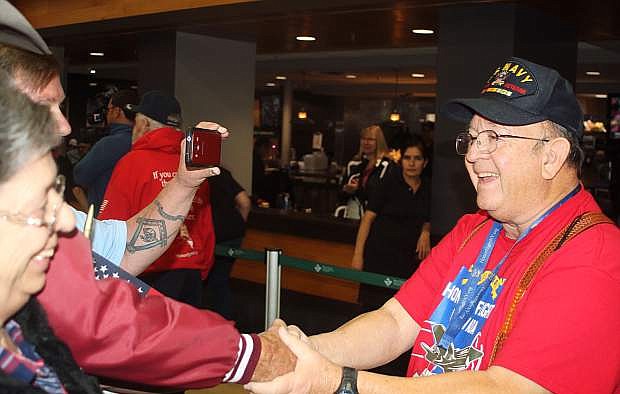 Paul Ortiz of Fallon shakes hands with friends at the Reno-Tahoe International Airport.