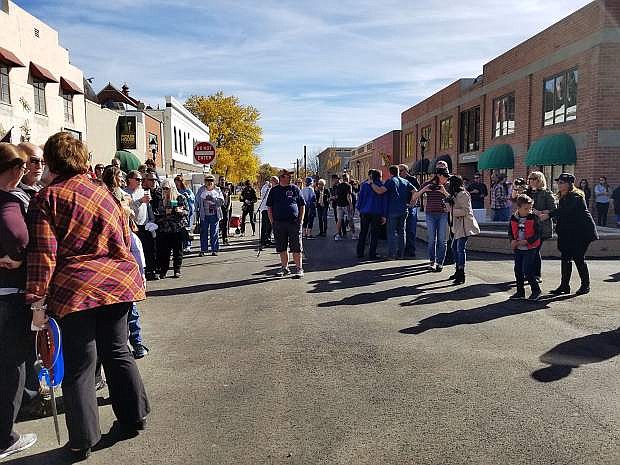 Hundreds of people came down to celebrate the reopening of Curry Street on Friday.