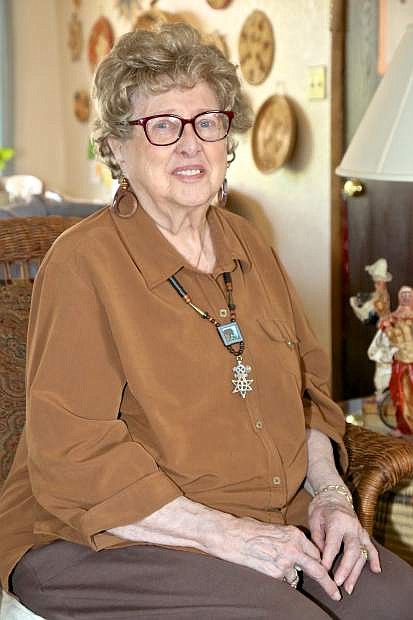 Florence Phillips poses for a photo in her home in Carson City on Thursday.