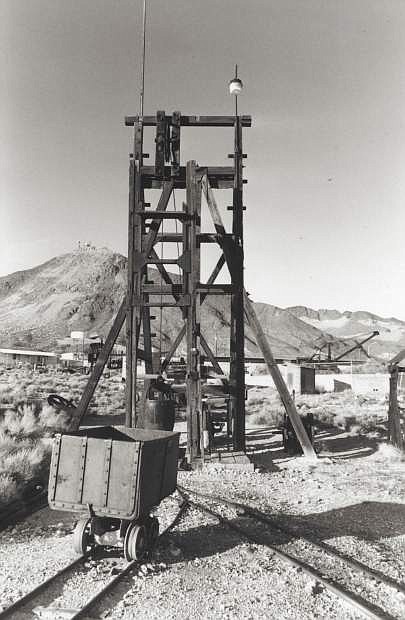 The old mining headframe that is one of the many outdoor exhibits found at the Central Nevada Museum in Tonopah.