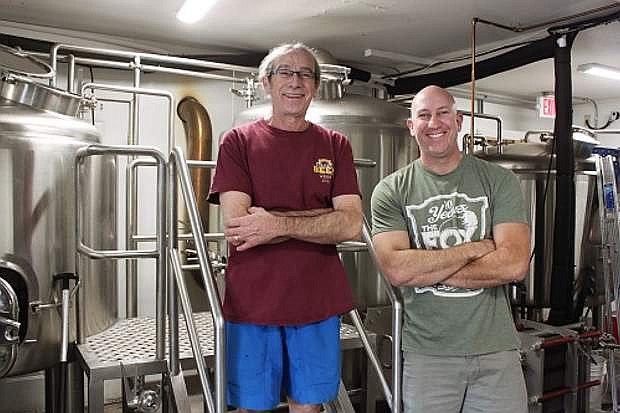 Inside the Fox Brewpub brewery with Tim Mason, new brew master, and Jim Phalan, owner. The Fox currently brews nine of their own beers onsite with plans to expand to 12 soon.