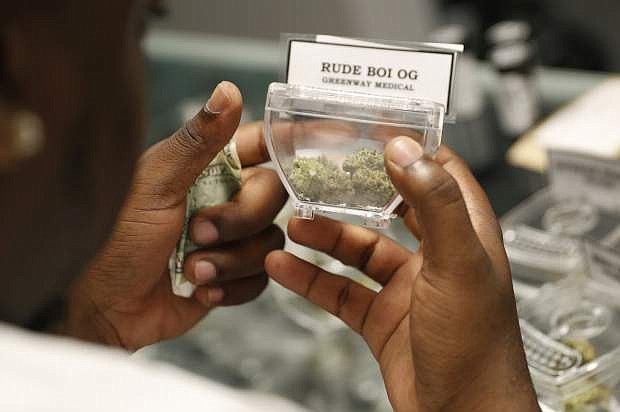 FILE - In this April 20, 2018, file photo, a customer shops for marijuana at the Exhale Nevada dispensary in Las Vegas. Complaints that the state releases no information about who applies for and receives dispensary licenses in Nevada&#039;s booming retail marijuana business are spurring lawsuits and legislative proposals that appear poised to push the process public. (AP Photo/John Locher, File)