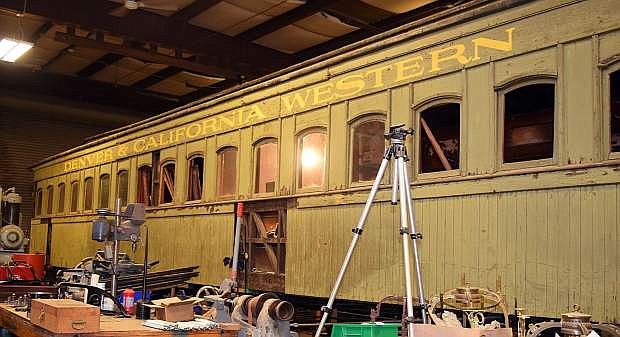 Coach 17 is the oldest piece of rolling stock in the collection at the Nevada State Railroad Museum in Carson City.