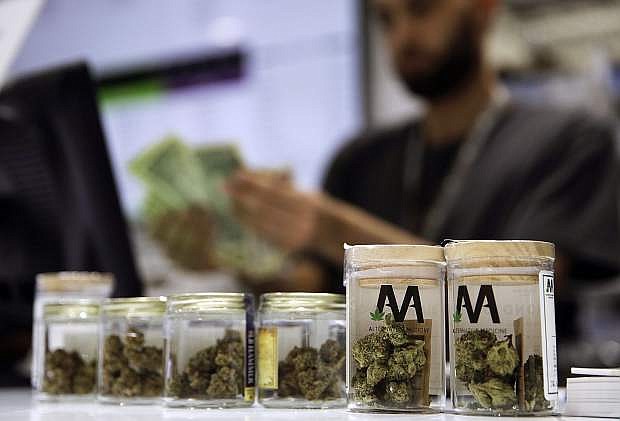 FILE - In this July 1, 2017, file photo, a cashier rings up a marijuana sale at a cannabis dispensary in Las Vegas. Attorneys for Nevada and some companies that won retail marijuana dispensary licenses last year say mistakes might have been made, but tax officials are fairly enforcing a voter-approved initiative that legalized recreational marijuana. Steve Shevorski, a top deputy state attorney general, told a judge in Las Vegas on Friday, Aug. 16, 2019, there would be no basis for her to issue an order blocking licensees from opening new stores statewide until a trial is held. (AP Photo/John Locher, File)