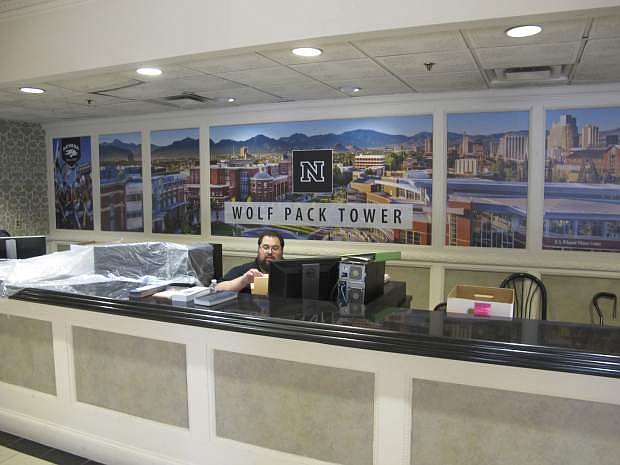 In this Monday, Aug. 19, 2019 photo, a University of Nevada, Reno, employee oversees the desk in the lobby of a Circus Circus casino hotel tower in downtown Reno, Nev., that has been converted into a dormitory a half-mile from the main campus. Now called Wolf Pack Tower, it will house about 1,300 UNR students for the coming school year after a July gas explosion shut down the two largest dorms. (AP Photo/Scott Sonner)