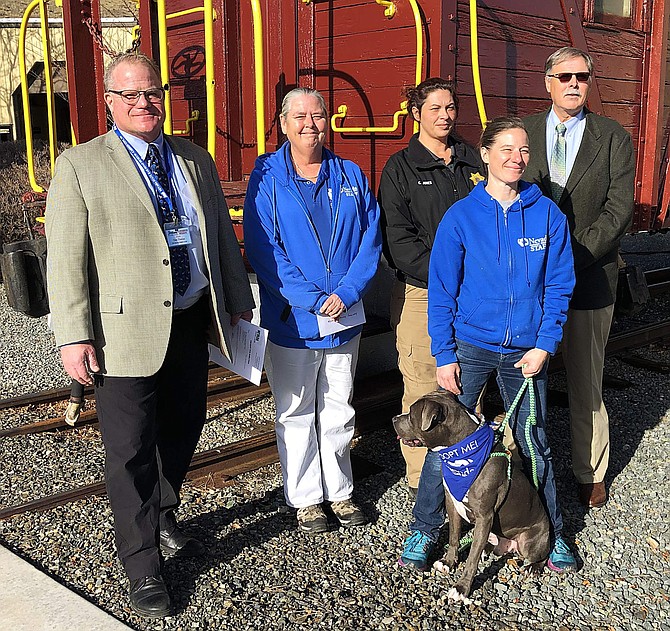 Nevada State Museum director Dan Thielen, left, is joined by volunteers from the Nevada Humane Society and the National Rifle Association after receiving monetary gifts for their respective organizations given in memory of longtime Carson City resident Frances M. Parker.