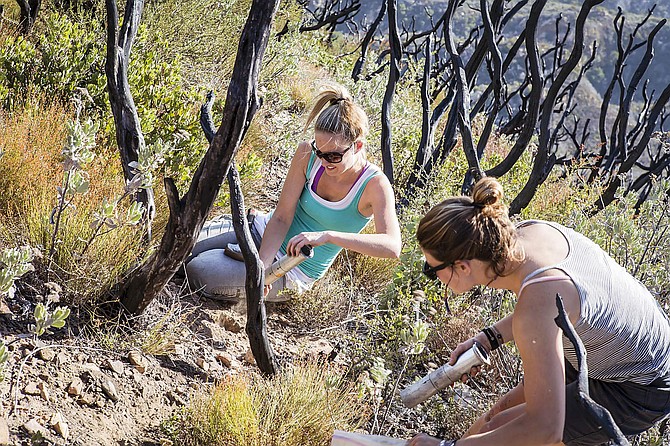 Hanan (left) and a student assess nitrogen in the soil in Santa Barbara County to inform a research project being conducted by University of Nevada, Reno; UC Riverside; and UC Santa Barbara.