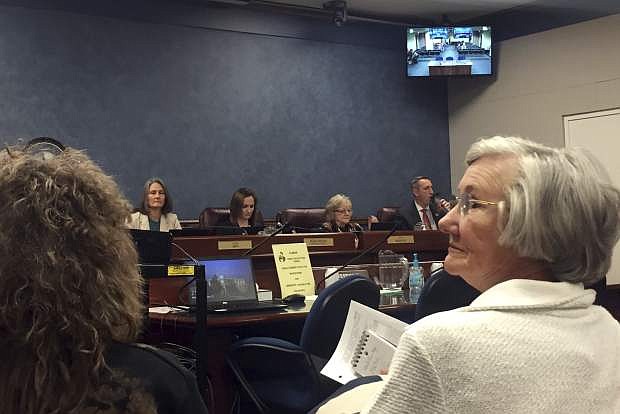 People gather at the Nevada Legislature in Carson City before a hearing on a bill that would allow terminal patients to kill themselves with medication prescribed by a doctor Monday, Feb. 25, 2019. (AP Photo/Ryan Tarinelli)