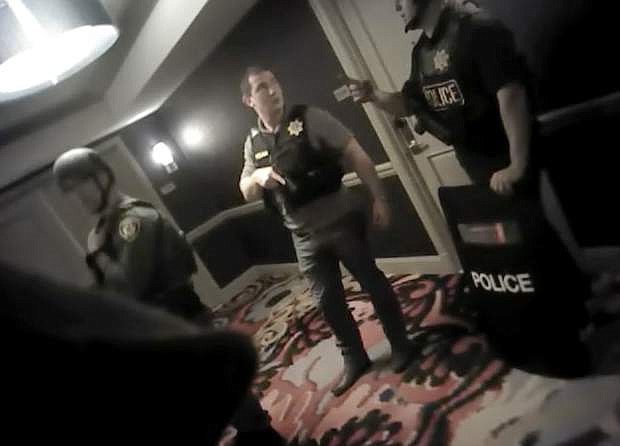 FILE - In this Oct. 1, 2017, file image from police body cam video released by the Las Vegas Metropolitan Police Department on July 25, 2018, shows law enforcement officers in a hallway at the Mandalay Bay Resort and Casino while searching for a shooter in Las Vegas. Police in Las Vegas said Thursday, Jan. 3, 2019, they have finished releasing audio, video and written records about the investigation of the deadliest mass shooting in modern U.S. history. (Las Vegas Metropolitan Police Department via AP, File)