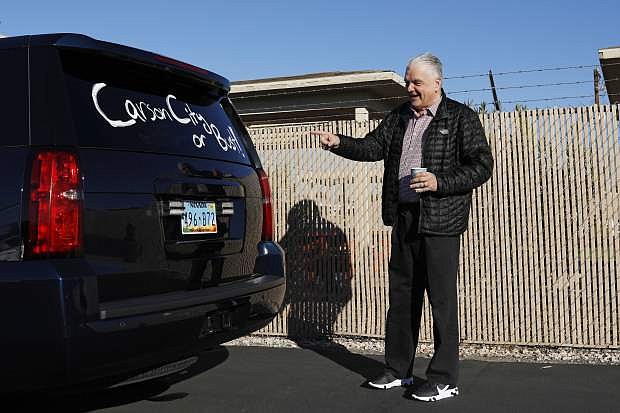 Nevada Governor-elect Steve Sisolak reacts to a message written on his vehicle after visiting an International Alliance of Theatrical Stage Employees union hall Friday, Jan. 4, 2019, in Las Vegas. The visit was one stop on a road trip through Nevada before his inauguration Monday in Carson City, Nev. (AP Photo/John Locher)