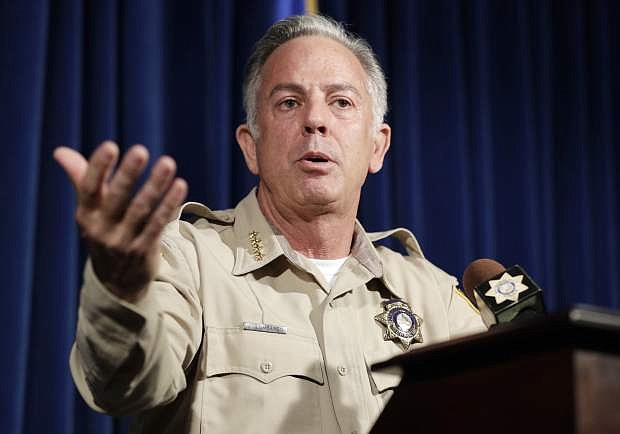 FILE - In this Aug. 3, 2018, file photo, Clark County Sheriff Joe Lombardo speaks at a news conference regarding the Oct. 1, 2017 mass shooting in Las Vegas. The head of the Las Vegas police department is scheduled to release what he calls an after-action report about the deadliest mass shooting in modern U.S. history. Lombardo says the review he&#039;ll release Wednesday, July 10, 2019, aims to show what other law enforcement agencies can learn from the shooting that killed 58 people and injured more than 850. (AP Photo/John Locher, File)