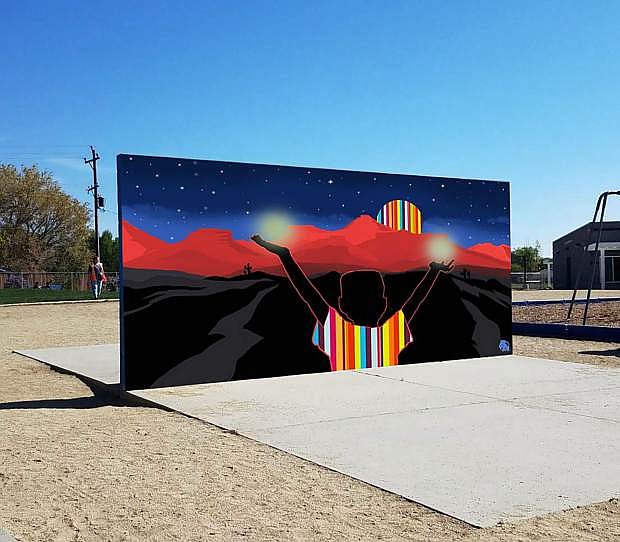 Bill Louis, one of two artists selected to create a mural for the Empire Elementary School playground wall, digitally placed his work on the school&#039;s wall.