Judge rules Ranchos murder suspect may be tried in Reno 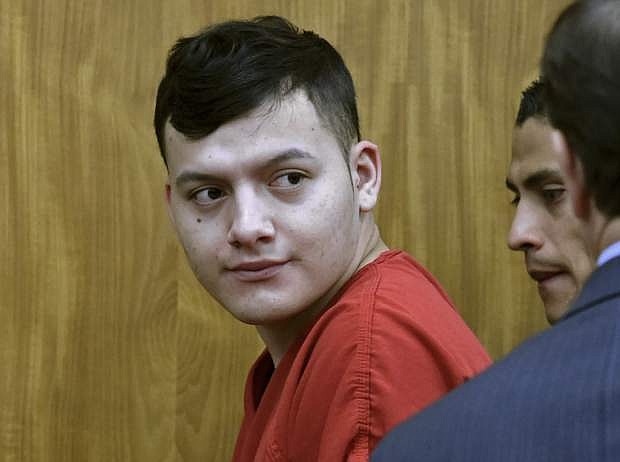 Wilber Martinez-Guzman, from El Salvador, appears in Washoe District Court room in Reno on Monday. Martinez-Guzman faces murder, burglary and weapons charges in the deaths of four people in northern Nevada in January.