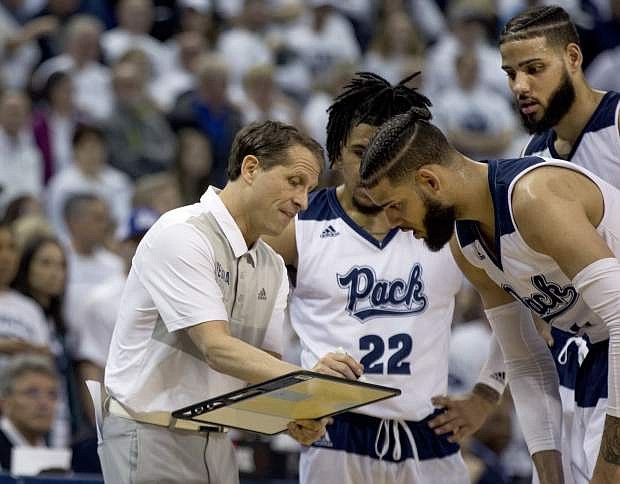 Nevada head coach Eric Musselman draws up a play against Fresno State in Reno on Feb. 23.