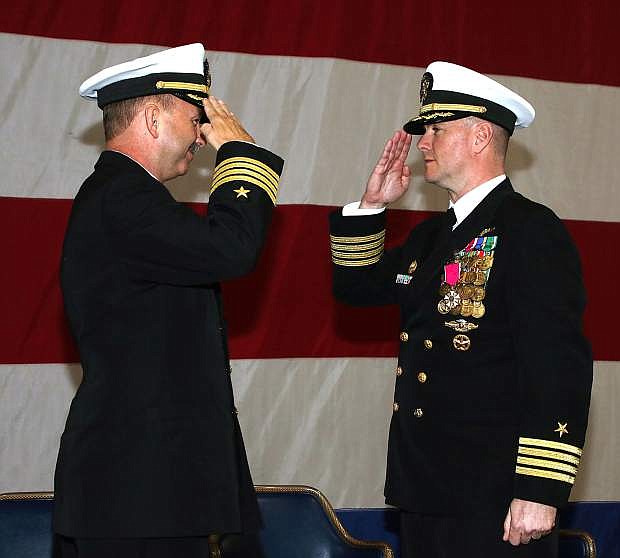 Capt. David Halloran, outgoing commanding officer of Naval Air Station Fallon, right, turns over command to Capt. Evan Morrison during a change of command ceremony held in hangar seven on the base.