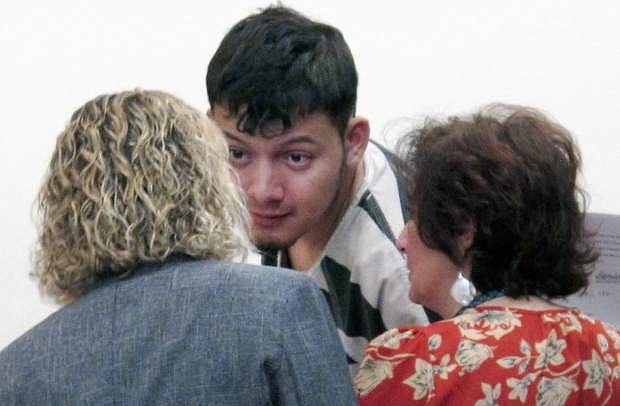 FILE - In this Jan. 24, 2019 file photo, Wilber Ernesto Martinez-Guzman, of El Salvador, talks to his public defender and interpreter during his initial appearance in Carson City Justice Court in Carson City, Nev. Nevada prosecutors are defending their handling of a confession presented to the grand jury that indicted the Salvadoran immigrant on four murder charges during a week-long killing rampage in January. They&#039;re also providing more details about why they believe they have the authority to try him in one place for crimes that occurred in different counties. (AP Photo/Scott Sonner, File)