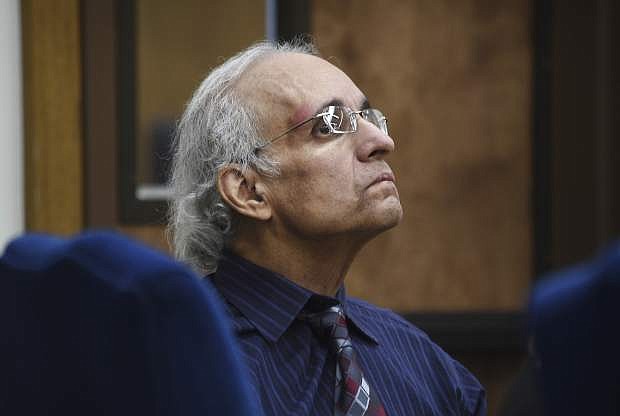 Tracy Petrocelli, who has been on death row in Nevada for 34 years, appears in Washoe County District Court in Reno during a hearing to challenge his death sentence, Friday, May 10, 2019. Petrocelli was convicted in the 1982 killing of a Reno car salesman, months after killing his girlfriend in Seattle. (Jason Bean/The Reno Gazette-Journal via AP)