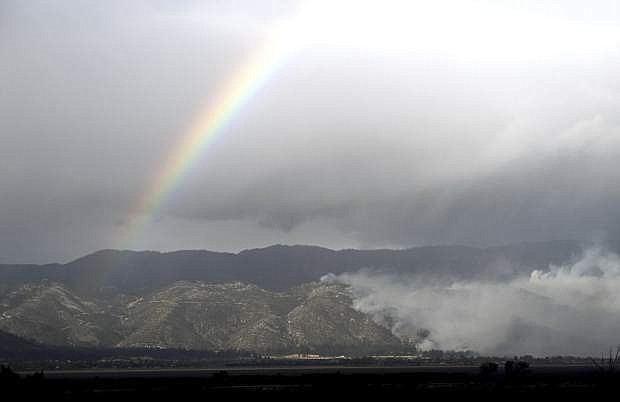 FILE - In this Oct. 14, 2016, file photo, a rainbow arches over the Little Valley Fire in Washoe Lake, Nev. The state of Nevada has reached a tentative settlement with dozens of homeowners and insurance companies that filed an $80 million negligence suit after 23 homes were destroyed when strong winds reignited a prescribed burn south of Reno in 2016. Lawyers for Nevada and more than 60 plaintiffs told a judge in Reno Thursday, May 16, 2019, the state Board of Examiners plans to vote on the settlement agreement June 12. (Andy Barron/The Reno Gazette-Journal via AP, File)