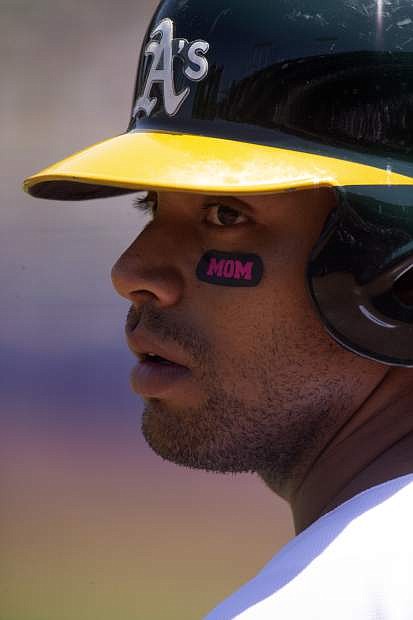 Oakland designated hitter Khris Davis sports Mother&#039;s Day-themed eye blacks as he waits on deck during the first inning against Cleveland on May 12 in Oakland.