Music demonstrates sadness and hope of a Holocaust survivor 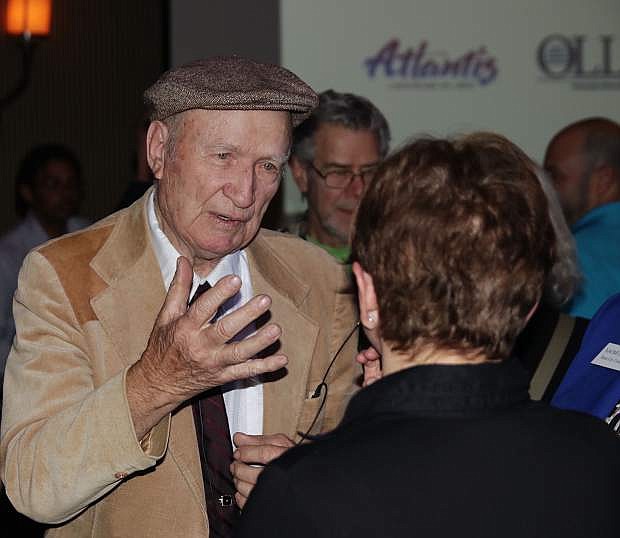 Mitka Kalinksi speaks to a woman who attended his presentation.