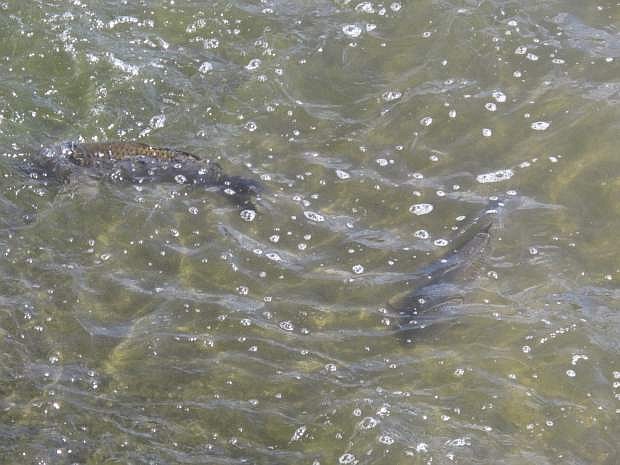 Carp swim in the Truckee River just below the Derby Dam on Wednesday.