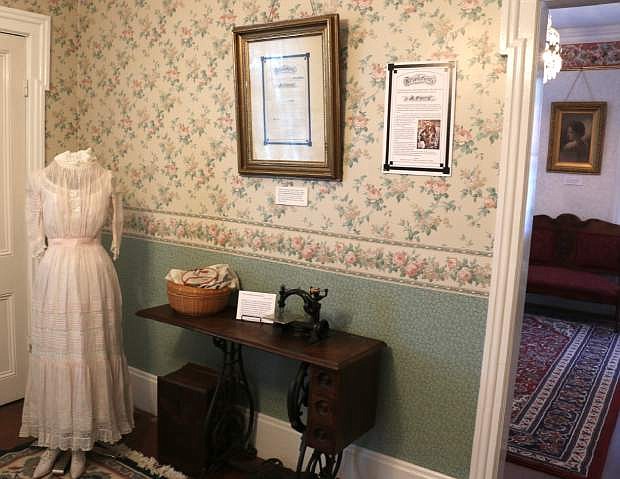 The Wilcox and Gibbs sewing machine in the middle room of the Foreman-Roberts House was built circa 1870 and was donated to the Carson City Historical Society by Leon and Cora Cowan in 2015. The framed resolution above it recognizes Carson City founder Abraham Curry. Curry was a member of the Improved Order of Red Men consisting of various &quot;tribes&quot; in California and Nevada. The resolution provides a statement of sympathy from the Red Men after Curry&#039;s death in October 1873.