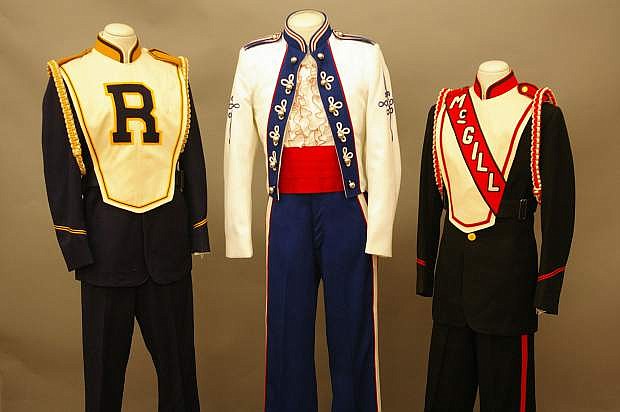 Vintage Nevada school band uniforms from McGill, Ruth and Carson City will be on display as part of Smithsonian Museum Day on Saturday.