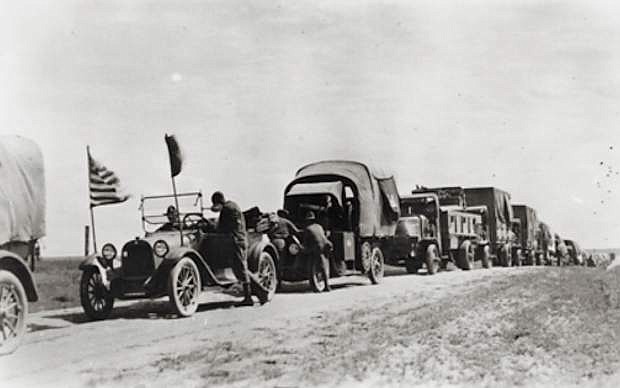 A convoy consisting of 81 vehicles traverses the Lincoln Highway.