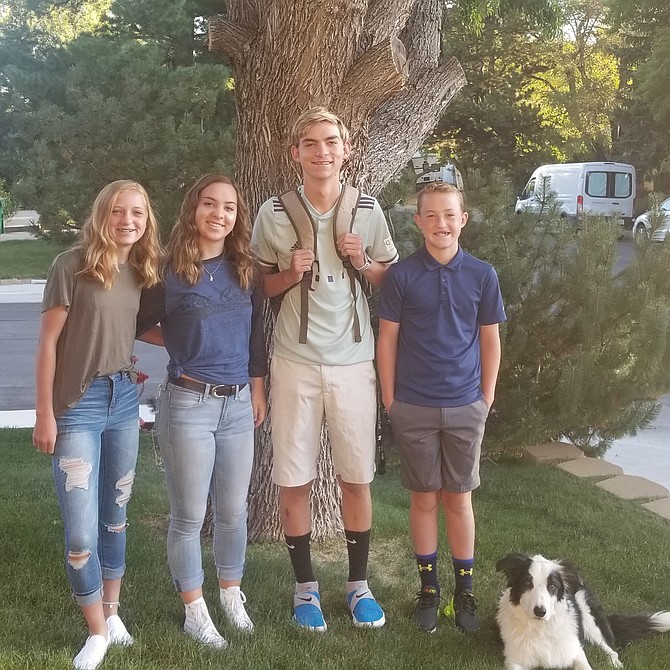 From left, Gracie, Chloe, Kaden and Kael Walt on the first day of school of the 2019-20 school year.