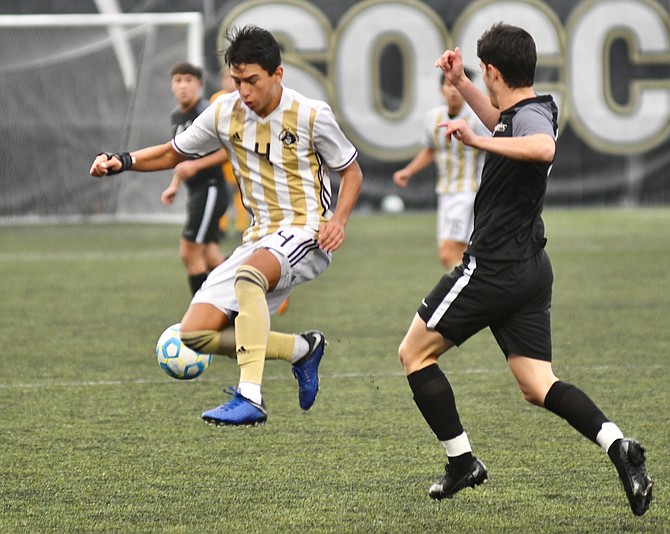 Isael Lopez (No. 4) gets around a defender while playing for Peninsula College this past year. The 2018 Carson High graduate is headed to Chaminade University to continue playing soccer.