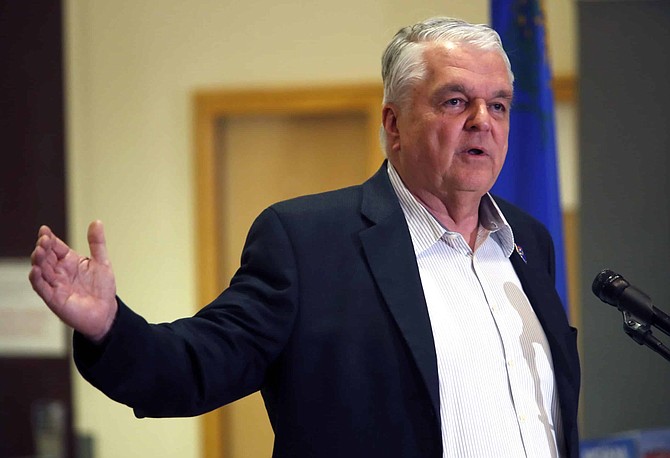 FILE - In this March 17, 2020, file photo, Nevada Gov. Steve Sisolak responds to a question during a news conference at the Sawyer State Building in Las Vegas. Nevada&#039;s top legislative Republican called Thursday, April 16, 2020, for the governor to outline plans for reopening casinos and nonessential businesses closed since mid-March due to the coronavirus pandemic, and to say whether he&#039;ll extend the closure order past April 30.