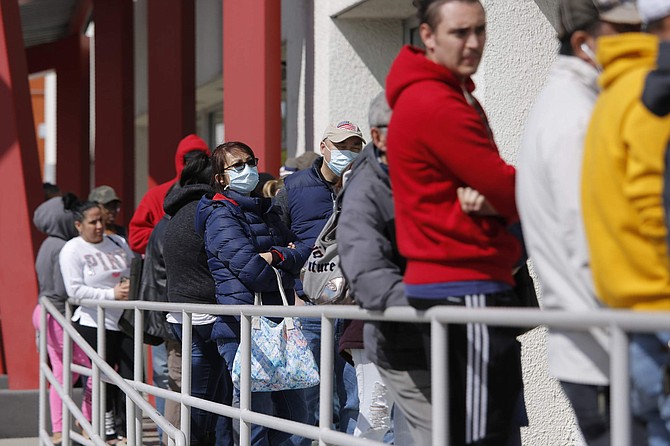 FILE - In this March 17, 2020, file photo, people wait in line for help with unemployment benefits at the One-Stop Career Center in Las Vegas. The number of out-of-work people filing new claims for jobless benefits in Nevada is closing in on 390,000 since casinos and other businesses were shuttered to prevent spread of the coronavirus. The U.S. Department of Labor reported Thursday, April 30, 2020, that more than 45,000 people filed first-time claims for unemployment benefits last week. (AP Photo/John Locher, File)