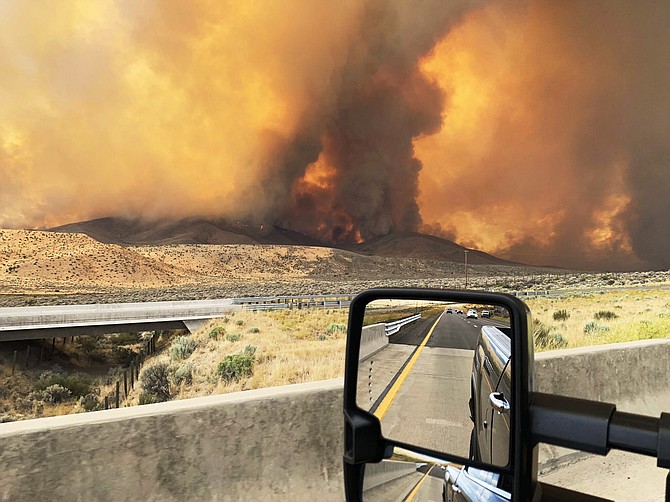 This photo provided by Ryan M Peel shows the Loyalton fires in Loyalton, Calif., Saturday, Aug. 15, 2020. A rare summer thunderstorm brought lightning that sparked several small blazes in Northern California on Sunday and stoked a huge forest fire that has forced hundreds of people from their homes north of Los Angeles.