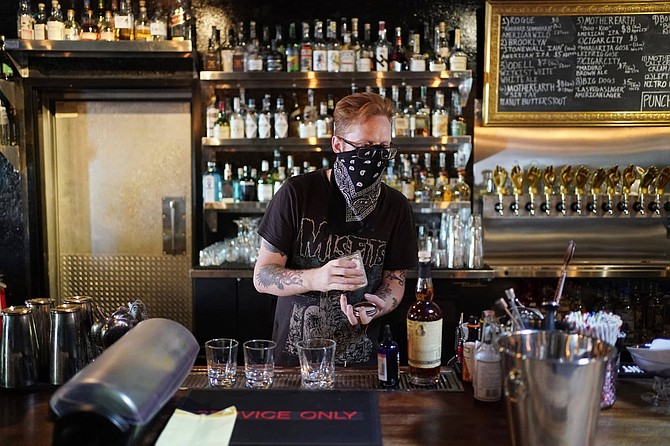 FILE - In this July 10, 2020, file photo, Davey Francis mixes drinks at Velveteen Rabbit, a cocktail bar in the Las Vegas Arts District, on the last night before they will have to close in Las Vegas. A Nevada judge says she wants proof she would have the authority to order the governor to rescind a coronavirus pandemic directive and let Las Vegas-area bars and taverns reopen. Judge Kerry Earley in Las Vegas made no immediate ruling Thursday, Aug. 13, 2020, after arguments about whether she should force Gov. Steve Sisolak to lift a bar closure order he re-imposed July 27.