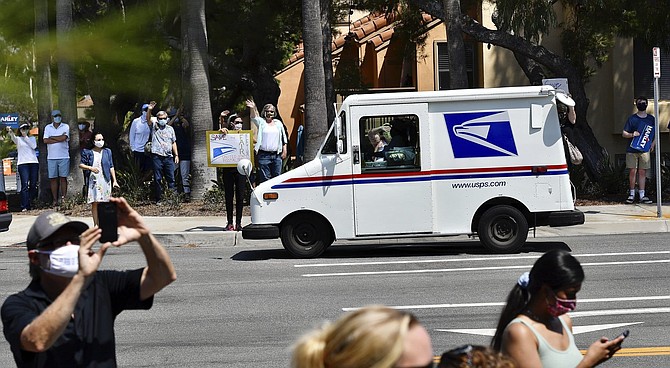 A postal carrier drives past protesters during a rally against changes to the United States Postal Service, in Newport Beach, Calif., Tuesday, Aug., 18, 2020. Facing mounting public pressure and a crush of state lawsuits, President Donald Trump&#039;s new postmaster general announced Tuesday he is halting some operational changes to mail delivery that critics blamed for widespread delays and warned could disrupt the November election.(Jeff Gritchen/The Orange County Register via AP)