Two busted with 60 pounds of meth 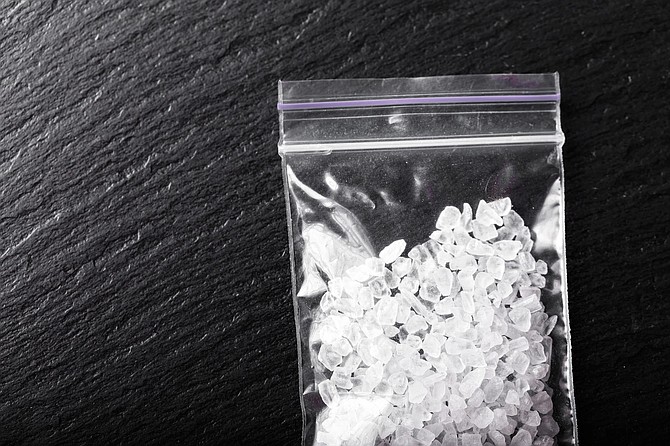 drugs in the form of crystals on a black background, methamphetamine in a plastic bag