BLM chief hangs on despite nomination getting nixed 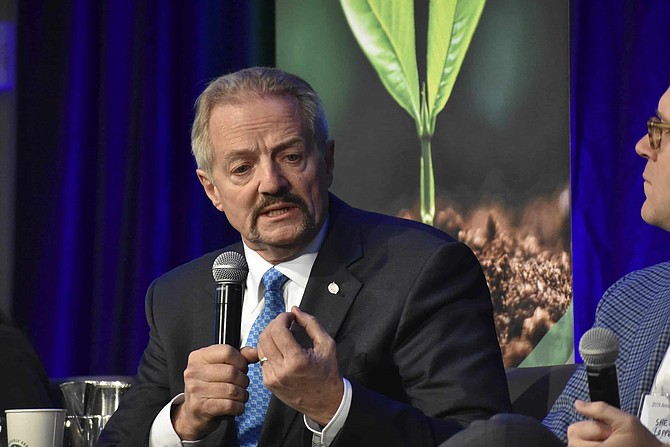 FILE - In this Oct. 11, 2019, file photo, U.S. Bureau of Land Management Acting Director William &quot;Perry&quot; Pendley speaks at a conference for journalists in Fort Collins, Colo. The former oil industry attorney will continue for now calling the shots at a government agency that oversees nearly a quarter-billion public acres in the U.S. West. That&#039;s despite the White House saying over the weekend that President Trump would withdraw the nomination of Pendley.