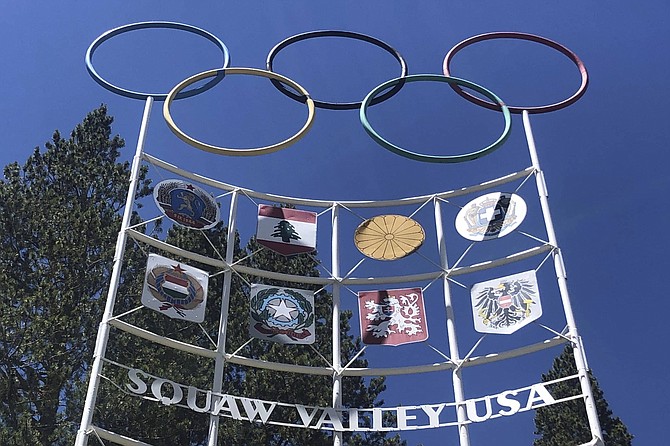 The Olympic rings stand atop a sign at the entrance to the Squaw Valley Ski Resort in Olympic Valley, Calif., July 8, 2020. California&#039;s Squaw Valley Ski Resort is considering changing its name to remove &quot;squaw,&quot; a derogatory term for Native American women. Squaw Valley President &#038; CEO Ron Cohen says resort officials are meeting with shareholders and the local Washoe tribal leadership to get their input. He says he can&#039;t give a timeline on when the decision will be made. The renaming of Squaw Valley Ski Resort is one of many efforts across the nation to address colonialism and indigenous oppression.