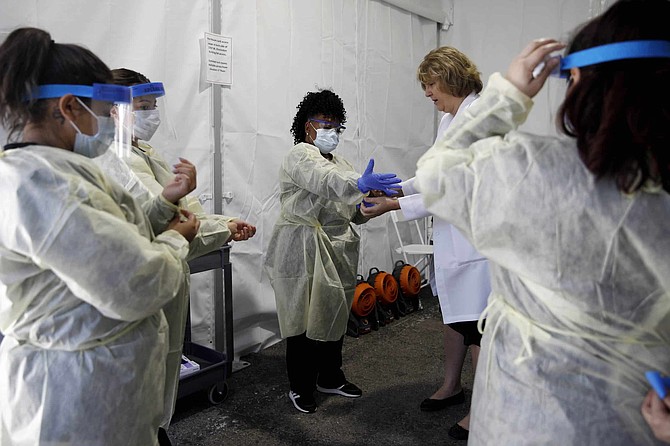 FILE - In this March 24, 2020, file photo, doctors and other healthcare workers with the University of Nevada, Las Vegas School of Medicine suit up in personal protective equipment before taking patients at a drive-thru coronavirus testing location in Las Vegas. UNLV Medicine, the clinical arm of the UNLV School of Medicine, started conducting COVID-19 testing by appointment for people who meet the Centers for Disease Control and Prevention guidelines. (AP Photo/John Locher, File)