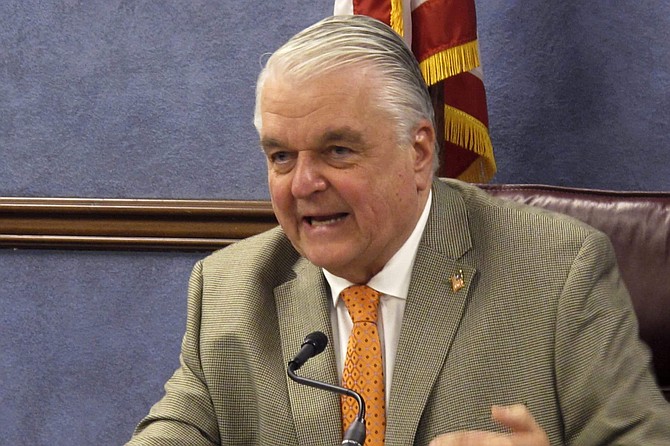 FILE - In this May 7, 2020, file photo, Nevada Gov. Steve Sisolak speaks during a news conference in Carson City, Nev. Sisolak on Monday, July 20, 2020, signed five bills passed by the Legislature restoring some of the $536 million in cuts the governor outlined in his proposed budget and creating a federally funded grant program for schools facing coronavirus expenses. (AP Photo/Scott Sonner, File)